Live each day to become a better person than you were the day before. 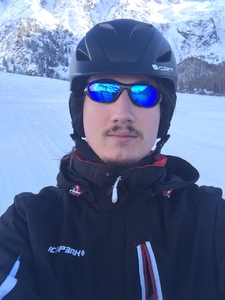 I have been self-employed software developer using my internet name, Narnach, since 2009.

I have an bunch of different interests, such as: computer science, artificial intelligence, programming (in Ruby and similar high power, low-ceremony languages like Elixir), open source software and system administration; libertarianism and Austrian economics; computer games and game development; economics and simulations; personal growth, development and productivity. If it has to do with either complex systems or with getting more out of life, I'm likely to be interested.

In my spare time I like to read blogs and books, play strategy or role-playing games on the computer and occasionally I program a bit. When not busy at home, I can be found hanging out with friends, playing some Magic: the Gathering, watching a movie (sci-fi, fantasy, pshychological thriller) or attending a concert (progressive metal or anything else I'm into at the moment).

Ruby used to be my programming language of choice, mainly because it is so incredibly nice to work with. I have been used Ruby and Ruby on Rails for about 16 years now.

Since mid 2016 I have been using Elixir as my new preferred programming language, because of its focus on concurrency using functional programming. It's built on top of Erlang, so it has 30+ years of development at its fingertips.

My open-sources projects and code can be found on on Github. Most of my projects were started to scratch an itch: to solve a problem or to automate a repetitive task.